We purchased 4 very interesting pictures through Ebay showing a transient camp located at the Chagrin Falls Airport. Don Barriball has researched the origins and work of this camp and you can read his article below.

During October of 1929 the US stock market collapsed. Financial panic and depression became worldwide. In May 1931 the Austrian Credit-Anstalt failed. The credit crunch caused international bankruptcies and unemployment around the planet. The 1930 population of the USA was 123,202,624 (U.S. Census Bureau). There were over 12,000,000 Americans in the jobless ranks in 1932.

The election of 1932 brought Franklin D. Roosevelt into the White House. With his inauguration in March 1933, came the “New Deal” which included social reforms and economic stimulation, public works projects, wage and hour laws, social security and assistance to farmers all began to be enacted. President Roosevelt unveiled the Civil Works Administration (CWA) on November 8, 1933. The jobs provided were only temporary and were to last through the Winter. The program ended on March 31, 1934. It had spent $200,000,000 a month and provided employment for 4 million Americans.

One of the first objectives was to get unemployed men back to work as rapidly as possible. The creation of the CWA, and funding of it, established shovel ready jobs throughout the country. Each State government was next in the bureaucratic line, followed by county governments, municipal and township governments. The FCWA began operation locally during the week of November 20, 1933. The local Government prioritized projects it had on a “to do” list. These were submitted to the County. If they were approved, they were forwarded to the State. The State determined the amount of money and number of men to be allocated for each project at the local level.

The four projects approved for Chagrin Falls were:

The local government went back to the Federal pocketbook and requested a second appropriation for school repairs and painting. By the First of December 1933, 69 local men were working on the projects. At the end of the first week of December, another 76 men had registered for work. Labor wages were 50 cents per hour for a 30 hour week. Experienced labor, time keepers and foreman earned from 60 cents to $1.20 per hour. The Chagrin Falls Exponent on December 15th reported 220 men on the local CWA payroll. All men who were on local township relief work were approved immediately by the CWA and added to the Federal payroll. Any other applicant had to be approved by the Columbus office before they could be put to work.

The CWA granted Chagrin Falls three additional projects the week of December 4th, 1933, which totaled $80,833.75, bring the total projects approved to $98,721.75. Wednesday December 28, 1933 an announcement came out of Columbus stating the Ohio Aeronautics Division had approved a $17,000 project to improve the Chagrin Falls Airport on Bell Road. Work was to begin as soon as the work order arrived and 100 men would be put to work. Runways were to be improved and the field would be leveled, drained and seeded. On March 30, 1934, Chagrin Falls Mayor, H. W. March received word from Columbus the $17,000 airport improvement project had been withdrawn from CWA and the State of Ohio would be handling the project. Captain Fred Smith, Ohio Aeronautics Chief was put in charge.

When this project was initially approved the previous December, the project was assigned to Geauga County to manage. The County had no men to put to work without transportation. There was no way the County could transport laborers to and from the site. Consequently the work was never begun. Captain Smith said the supplies had been ordered through General Hendersonʼs office in Columbus and should be at the site within a week to ten days so work could begin. Chagrin Falls Village Engineer C. W. Courtney was to supervise the work with labor coming from Chagrin Falls and Geauga County.

On Tuesday April 4th, 1934 men from Columbus met with Geauga County Commissioners arranging the final details for transferring the airport project to County control. The result of this new effort unfortunately was the same–no labor or transportation were available.

May 23, 1934, State Officials visited Chagrin Falls to revive the airport project, which had not moved off center for 6 months. The State requested the Village to grant it permission to develop a “transient camp” under the direction and supervision of the Ohio Transient Service. The camp would be set up on the airport property for carrying out the improvement plans made under the CWA (Federal Civil Works Administration) program. In a special session that evening council passed a resolution authorizing the construction of the camp.

This was camp #5 among a total of ten camps established throughout Ohio under the direction of the Ohio National Guard. On Monday May 29, 1934 the camp was officially established at the airport. Lieutenant E. R. Kittinger was in charge of the camp and had a cadre of 5 guardsman. Two hundred men would be housed on site and twenty were already there. The men received three meals a day and a place to sleep in return for their labor on the airport. They dug ditches, laid tile and leveled the field. A well was drilled to supply drinking water. Latrines and showers were set up. The State expected the camp to be open until November of 1934.

Most of the supplies were purchased from Chagrin merchants and were paid for every two weeks by the State. Lieutenant Kittinger certified the bills twice each month and the checks were sent directly to the purveyors.

The transients working at the airport came from all parts of the US and were thankful for room and board for their daily labor. There were incidents of minor personal disagreements, usually amicably resolved. However, a report in the Exponent relates four men who were involved in an altercation with knives. Two had stab wounds to their chests and the others had less serious cuts. The military turned the four over to the Sheriff. One man had to be kept at the camp emergency hospital. The consumption of liquor was responsible for the trouble.

The photos presented in this edition were taken in October 1934. No additional information regarding the airport project was located at the Society. In January 1935, William Plunkett, National Director of Transient Relief, stated the the Ohio Transient Camps still housing approximately 1200 men would be abandoned. The men are to be returned to their homes. If they are unable to support themselves they will be placed directly on relief rolls where they reside. The men will be absorbed into the newly proposed gigantic Federal Works program. This became the Works Projects Administration (WPA) which accomplished so much throughout the Chagrin Valley and the Country. 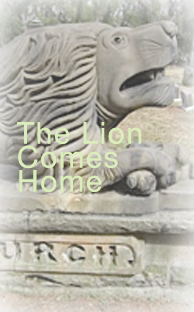 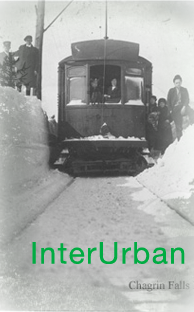