Top
You are here: Home / Short Stories / Life with the Interurban Railway 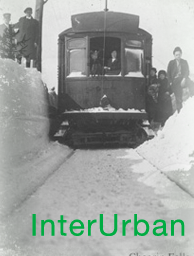 (Editor’s Note: Grace Ambos, a longtime friend of Barbara Taggart, described her many trips on the Interurban in her diary, which came into Barbara Taggart’s possession after Grace’s death. Barbara loaned the diary to the Historical Society so that we might make a copy or transcription of it. Zo Sykora volunteered to make the transcription, and wrote this charming piece for our newsletter.)

The Chagrin Interurban cars carried milk and other freight to Cleveland; they carried mail back and forth to Cleveland; they carried city dwellers out to Chagrin to attend the County Fairs and they took people back and forth to jobs in downtown Cleveland. The Interurban made Chagrin a bedroom suburb in the late 1800s. The Interurban served another purpose as well: it connected people from Chagrin Falls with the culture and shopping opportunities available in Cleveland. Grace Ambos was an upper class woman who lived on Park Lane, off Miles Road, just west of River Road. She could have earned “frequent rider” miles as she traveled to and from downtown Cleveland an average of 3 times per week. She went into town to get her hair cut and colored, to see the dentist and the doctor, to carry produce and canned goods to her mother and other relatives, and to lunch with girl friends. She also went into town just to have lunch with her husband, whose office was in the Arcade between Euclid and Superior. She would eat lunch with him at the Cleveland Athletic Club, and then she would prowl the stores picking up a pair of leather gloves or a new dress and then see a matinee movie. She would then go to dinner with her husband and they would take the Interurban home. It helped that the train stopped at the rear of their property.

The couple purchased a “machine” in 1917. It was a Buick but she always referred to it as “the machine”. The car was frequently left in a garage in downtown Cleveland when the weather was bad and they took the Interurban home. The car was used, however, to get them to and from Ravenna, Kent and Ashtabula to visit with family. An outing on a pleasant evening frequently took them into Randall or “The Falls”. As far as I can tell the only reason she had for going to “The Falls” was to pick up a forgotten grocery item or to pick up or drop off their laundry. On days when she was feeling poorly her husband would carry a pre-cooked turkey from “The Club” home with him on the train. Grace never once referred to the “interurban” or the “train.” She only referred to the time of the train which she/they took. She would go in on the 9:40 and come home on the 3:20 or take the 4:10 from her mother’s. She was always mindful of the time of day and her life seemed to revolve around the train schedules. They would hurry guests along after an evening’s visit so that they wouldn’t miss the 8:20. Her husband relied heavily on the Interurban for his transportation to and from work even after he purchased a car. The missus relied on the Interurban to visit with friends, to shop, and to see movies. During hot summers she would sometimes see 3 movies in one day. I’m guessing that the theaters were air-conditioned even then.

She did write of several delays which occurred on the rail line, including one time in the dead of winter when they were delayed so long that she thought her fingers had been frost bitten from her long stay on the cold train.

I wonder how she managed after the Interurban ceased to run. Her diary ends in 1920 so I will never know, but I’m guessing that she and her husband stopped having lunch together on week days, that they had a lot fewer guests and parties, that she had to find a dentist in Chagrin and that her wardrobe suffered mightily. I wonder if she learned to drive so that she could get back and forth to Chagrin Falls? 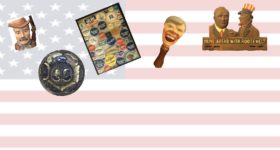